Sometimes, when you find the perfect name for something, it just sticks. This was once the case for golf carts — these little vehicles aren’t quite full-sized cars, and when they were invented, they were almost exclusively used on golf courses. Can’t think of a reason to call it anything else!

Unfortunately, as time has passed, the term “golf cart” is somewhat of a misnomer. Yes, golf carts are still a mainstay of golf courses, but today, they do so much more. In fact, according to Time Magazine, 85% of resold golf carts are used outside of the green in other businesses and venues.

The golf cart has truly become an essential tool for property owners over a wide variety of different industries. Here are some of the many businesses which can prosper from having golf carts on-site — if you work in any of the following industries, consider asking us about our wholesale golf carts for sale in the Jacksonville area.

It’s easy to see why golf carts are super popular for retirement centers. First of all, many of these are full-fledged communities — the size of the property is no joke. It’s tremendously helpful for the administration to be able to get around quickly, especially since the elderly are more susceptible to health emergencies. Golf carts allow the workers to get to their senior residents with ease.

Aside from that, there are obvious benefits for the senior citizens themselves. Golf carts are easy to drive and they relieve you of having to walk everywhere on foot. While young people can often afford to take a long stroll, many senior folks are much more physically limited. Golf carts are a boon in this sense; whether they’re driven by elderly residents, or used as shuttles to go back and forth, it’s easy to see why retirement communities are one of the most popular destinations for golf carts.

When you think of the ideal farm vehicle, a golf cart probably aren’t the first thing that comes to mind. But hear us out — golf carts are incredible for farms! The big advantage of golf carts is their affordability. Farms are massive in size, and you quite often need a vehicle to get around. In the case where you have a lot of people working on-site, it gets pretty expensive to keep adding cars and trucks to your fleet.

Golf carts achieve the same functional purpose as cars and trucks, but at a fraction of the price. This frees up the actual vehicles, should people need to leave the property, and it keeps costs down. If all you need is to get from Point A to Point B, there’s no reason to invest in expensive vehicles when there’s a much more affordable alternative.

It’s funny that golf carts aren’t typically regarded as a very good off-road vehicle, because it’s totally contrary to the truth. Golf carts were specifically designed to traverse unpaved surfaces, particularly grass. While green lawns are a far cry from off-road Jeep routes, the point is that golf carts are perfectly capable of getting around on unpaved terrain. With that being said, it’s no surprise that they’re becoming ever more common in campgrounds.

Campgrounds quite often have grassy or rocky terrain, interconnected by dirt roads. Again, the advantages of golf carts are obvious here. Campsite administrators can easily zip from camp to camp without having to invest in a car, and the open-air nature of the golf cart makes it a less imposing visitor to unsuspecting campers. People usually don’t want to be disturbed when they’re camping, so golf carts are a great choice for low-key transit over large campsites.

While most everyday parks aren’t big enough to have an active “staff,” there are exceptions. Some parks and recreational areas cover vast amounts of space, and are overseen by park rangers, local security, or other officials. Sure, your neighborhood playground might not need a golf cart fleet, but some parks stretch as far as the eye can see, and in those instances, the benefits of a golf cart are clear.

As golf cart wholesalers, we’ve sold to all kinds of different clients, and the government is one of them. If you’re looking for a solution to traverse huge properties such as parks, give us a call! 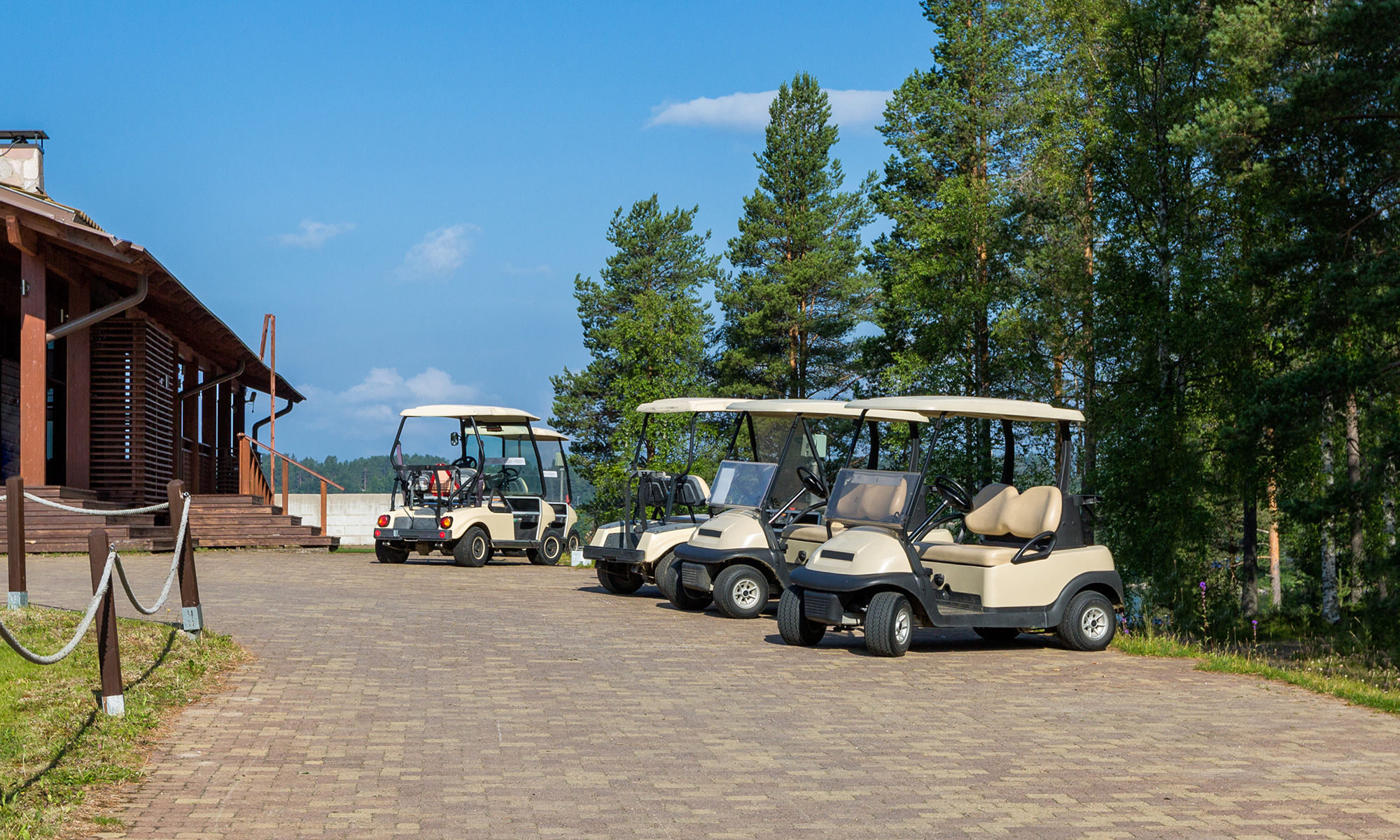 This example is unique among the others on this list, because landscaping companies do most of their work on other people’s properties instead of their own. The advantage to them, then, is having a mobile fleet of golf carts which can be deployed if they’re working on a huge project.

Landscaping work requires a lot of movement. You’re constantly moving materials back and forth, communicating across the team, surveying the area, and so on. Even if the lot isn’t exceptionally huge, having at least one golf cart can save them a lot of work. You may not need 10, 20, or 100 golf carts for this type of work, but having even just a few can significantly lighten the load.

It’s no secret that schools need to stretch their budget as far as humanly possible. It seems like such a waste, then, to waste so much money on cars that will only be used to navigate the campus. Are you in the education sector and you’re looking for ways to save money? Golf carts might be the answer if you haven’t invested in them already.

As with retirement communities, golf carts can be a boon to both faculty and students. School officials can use them to travel all over the place, and they can also be employed as miniature shuttles. The biggest advantage of golf carts in a campus setting is that it allows you to cut through the property instead of using roads. Campuses are designed for foot-bound students, and thus usually have a well-designed network of paths connecting everything. Using a golf cart to navigate through these is far more efficient than cars and roads.

Like many of the other businesses on this list, the most compelling argument for golf courses in hospitals is the giant campus. Some hospitals may be small, but others are titanic in size, practically qualifying as their own community. For a medical campus that’s rife with buildings, parking lots, and facilities, golf carts are a must.

Furthermore, there’s also the factor of medical patients. For obvious reasons, hospitals are loaded with people who may be physically incapacitated. If they have a need to move across the property, a golf cart can be a nice easy option for them. Golf carts are great as little miniature shuttles that are less imposing and easier to board than cars.

Warehouses have a variety of unique vehicles suited to their needs, but most of them have some kind of functional purpose. When you’re driving a forklift, it’s probably because you need to handle heavy palettes, not because you need to get from Point A to Point B. Using it for the latter could even be dangerous, since the heavy metal prongs make maneuvering more difficult and aren’t as immediately noticeable to people in the immediate vicinity.

This is why more and more warehouses are turning to golf carts. Sure, a golf cart doesn’t do a whole lot except for move around, but it does that really well. Sometimes, that’s all you need. Save the specialty vehicles for the tasks they’re actually designed for!

Everyone probably has their own opinion on the military’s budget, so instead of providing commentary on what the military should and shouldn’t be spending money on, we’ll avoid that minefield and simply say that golf carts are objectively a great choice for big military bases due to their large size.

If you’re a government official you’re no doubt aware of the constant need to provide vehicles in sectors where they’re needed, and one of the quickest and easiest option is to go to a wholesale golf cart company such as X-IT Outdoors to order in bulk. At once, you can provide a base with an entire collection of golf carts, which can be dispersed wherever they’re needed.

Wholesale Golf Carts for Sale in Jacksonville and Surrounding Areas

As per the Time article linked in this intro, there is no state that enjoys its golf cars more than Florida. Are you a business owner in Jacksonville or the surrounding regions? Do you work in any of the industries above or a similar one that’s unlisted? Whatever the case is, if you need golf carts, we can help. We provide wholesale golf carts for sale, and we can sell in bulk quantities. Want to get started? The first step is to contact us today. 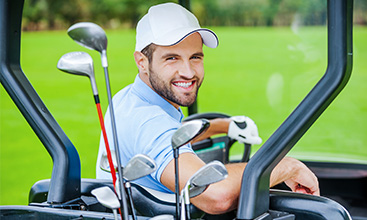 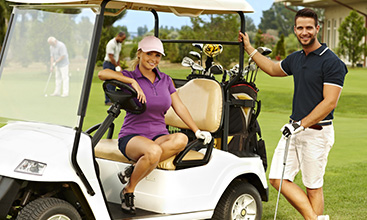 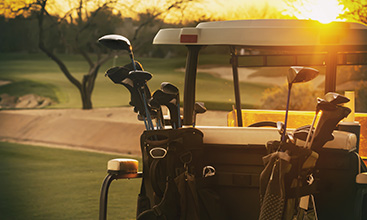